• In Stock | Same-day shipping from the USA *Before 2pm EST. If placed after, the order will ship the following business day. Our shipping policies.

We are the original and most trusted flag company. Our lightweight wall flags feature vivid colors and crisp lines, giving you an awesome centerpiece for any space. Made with high quality craftsmanship and durable materials these flags are built to last.

Learn more about us.

Looking to customize your own flag?

If you have any questions about ordering just shoot us an email. Our customers deserve support around the clock.

Fast Shipping from The USA

We ship orders the same day and guarantee a fast delivery.* We proudly fulfill all orders from the USA.

Changed your mind? Not an issue! Just let us know, our return process is easy and free.

The Hype Has Arrived

HypeFlags are made to elevate your college experience and our team is passionate about it. We are here to bring the hype and bring it strong. You won’t be disappointed.

We work incredibly hard to produce the highest quality flags possible. Premium craftsmanship is our priority and every flag is made of durable and reinforced materials.

Show Off Your Flag 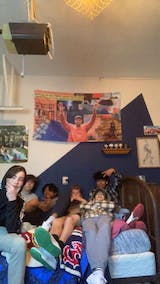 I love this flag and it perfectly fits over my tv. Kanye forever 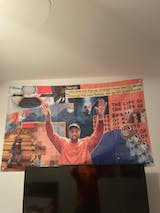 I got the Kanye flag and man that muhfucker is fly as fuck. I put that shit on my ceiling so I can stroke my cock to that sexy ass flag before I go to sleep 10/10 beautiful flag

I love the flag but the only thing missing is Kanye's entire album collection. I understand not putting Watch The Throne on the flag because thats a mixed project with Jay-Z but you have Kids See Ghosts on there so why one and not the other. Additionally, the bigger thing missing is one of Kanye's original album's, 808s and Heartbreak. It's a great album and if you guys were trying to include every album behind Kanye then you should've added at least the one he released compared to a project he split. If anything, just add the two somewhere and make it look clean with all of them and it would be a 5/5 perfect flag. It's still a great flag, just missing a piece.